He was purchased in the 90s, along with a female, by his former owner who acquired them legally through an intermediary. The intermediary bought them from a circus when they were about 10 years old because they were no longer needed. We know nothing of his life in the circus, only that the correct papers existed. (Spanish laws still allow private collectors, circuses and trainers that rent to the entertainment industry to keep extremely social, intelligent and endangered animals such as chimpanzees).

Once acquired by his past owner, he lived for 20 years in a purpose built cage on the grounds of his house in a village near Girona.
Tom did not live alone, but alongside two females in an adjoining cage, Coco and Bea. It wasn’t possible for them to always be together because Tom would attack them out of frustration and boredom. He was the first of the three to arrive at MONA.
Tom’s former owner’s situation is one of a few exemplary cases because he had legal permission to keep two of the three chimpanzees. After meeting repeatedly with wildlife experts from FAADA (foundation of assistance and action in the defence of animals) and MONA, he agreed to hand the chimpanzees over and promised to help us financially for their lifetime of care.

Tom is a very nervous chimpanzee, who gets especially excited with food. After a few weeks of settling into his new environment, we began his associations into the old male group, but without success as both Marco and Bongo rejected him. Since 2013 he has become part of the Bilinga group and over time he has slowly integrated to become a dependable family member.

Tom belongs to the Bilinga group and took a long time to adjust to his new family members. Step by step he grew in confidence and he has bonded well with Coco and Bea. 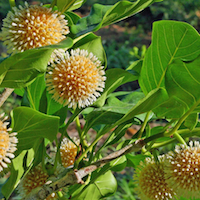