He was born in a zoo in Tenerife and separated from his mother at just a few months old when his owner tried to sell him to an animal dealer in Madrid. When a collaborator of MONA in Tenerife heard of this, he alerted the Customs Authorities who within weeks confiscated Juanito. What followed was several months of legal wrangling as the owner of the zoo appealed against the confiscation and Juanito had to temporarily stay at a local veterinary clinic. After six months of care at the clinic, Juanito was becoming difficult to handle (normal for a chimpanzee with increasing activity).

It was clear that he needed to interact with others of his own species as soon as possible. Finally, a few weeks before Christmas, the court decided that MONA could take care of him and we flew to Tenerife as soon as we could.

Within two months of being at MONA, Juanito was fully associated with no problems into the family group. He established a very strong bond with Waty, a young female chimp who exercised the role of his mother.

Right now as an older teenager, Juanito is noticeably more serious and less playful than before. This is a big change from a few years ago when he was the most unruly chimp at MONA. Although being so young when he was rescued and never never experienced the abuse that many of our animals had to endure in their old lives, he does display stress behaviour every evening in the form of rocking whilst hugging a pile of straw. This began before he arrived here and is probably due to the early separation from his mother.

Since 2010 Juanito has been living in the group of males. When he was eight years old it was decided that we start his association to the new group as we felt he needed older friends. As part of the male group he appears to have a very important role in the hierarchy and is a very popular member, also not forgetting that he is the youngest so can get away with a little more than the others.

He loves all the enrichments that are prepared by the caregivers. Any activities that require manipulation are relished and he takes great care to achieve his goal. He is great at using sticks to solve problems, attain food and sometimes things he’s not supposed to have! He gets really excited over apples and tries to gather as many as possible in the morning forage. 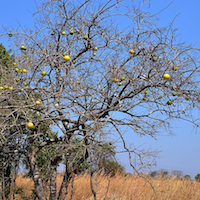